So it has been a lovely evening all in all and to say I'm stuffed is the understatement of the year! The guest of honour arrived in style sporting a fancy bottle of Châteauneuf-du-Pape which set
the evening off to a great start at 6'O Clock in time for the Angelas! I wanted to make a really tasty meal that would fill up the men at the table. So I opted to make a dinner party favourite of mine:  Stuffed Chicken Wrapped in Bacon. This dish is relatively easy to cook. The nice thing about it is once you have your preparation done you can put it in the oven until it's ready and the only extra  thing you have to do once your guests arrive is make the gravy and serve it all up. So lots of time for chatting and just generally being the hostess with the 'mostess'.

Method:
1. Preheat oven to 200°C. Peel and cut the potatoes in half. Place in a pot of boiling water and
parboil the potatoes for 12minutes seasoning well with salt and pepper. Similarly peel the
carrots and parboil in a separate pot.
2. Meanwhile chop the onion finely and fry in the butter in a separate saucepan until the onions
are softened, then add in the thyme. Stir in the breadcrumbs, remove from the heat and set
aside.
3. On a roasting tin lay out your back bacon (as pictured below). Then place the chicken breast
in the centre. Score the chicken breast and flatten as much as possible. Using your hands
mould the stuffing onto the chicken breasts, pressing down gently to compress the crumbs
into a solid mass. Then fold the bacon over the chicken and breadcrumbs and fasten using
cocktail sticks.
4. Place the parboiled potatoes and carrots around the chicken on the baking tray (as
pictured).Drizzle some extra virgin olive oil over the vegetables and roast potatoes and
season well.
5. Place the tray in the oven and cook for 25 minutes. Then remove from the oven, and place
the de-seeded red peppers onto the tray (cut into chunky slices). Using a tongs turn the
potatoes and move the carrots around the tray to avoid them sticking. Place the tray back in
the oven and cook for a further 20 minutes.

For the gravy:
I always use Bisto powder not granules (There is a big difference). Mix 6-7 heaped teaspoons
with 1 pint of water. When the meat was ready I removed the entire contents of the tray and
placed it on a separate tray and put in the oven to keep warm. I then took the tray that the
meat was cooked on and placed it on the hob. Pouring in the gravy mixture and adding 200ml
of red wine, I heat up the mixture over the hob on the tray stirring continuously until bubbling.
Cooking your gravy on the tray with the juices from the meat is key to make a tasty and
flavoursome gravy. Once simmering remove from the heat and pour into a jug.

For dessert I served yesterdays Raspberry and White Chocolate Squares. These went down a
treat. I warmed this slightly in the oven and served with a scoop of ice cream...heavenly! 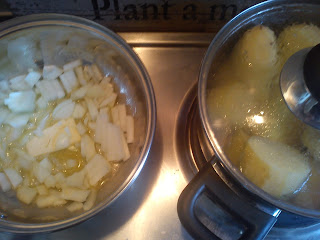 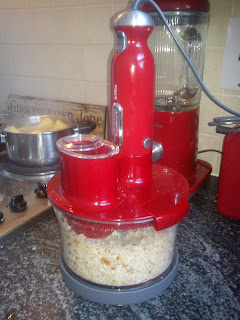 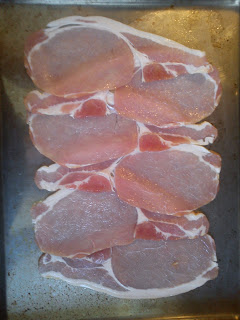 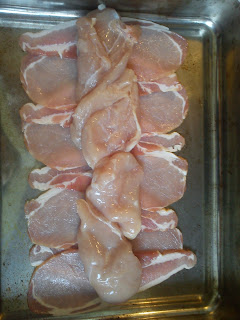 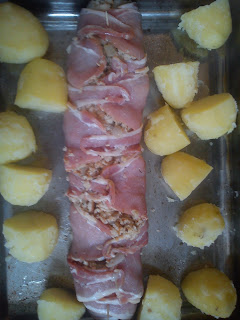 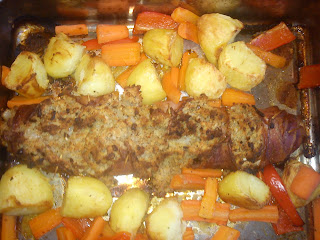 E-D's Notes:
- You can of course buy breadcrumbs but it is much cheaper to make your own. You can even
use stale bread and using a food processor or blender make into breadcrumbs very easily.
I always have a sliced pan in my freezer. That way whenever I need to make some
breadcrumbs I just take out the amount I need, defrost and blend. For this dish I blended 5
slices of bread.
- Today I made one large chicken 'log' so to speak but alternatively you can make individual
stuffed chicken breasts. 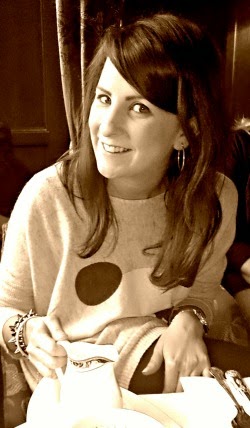